ITA A1: Playoff quarter-final group A 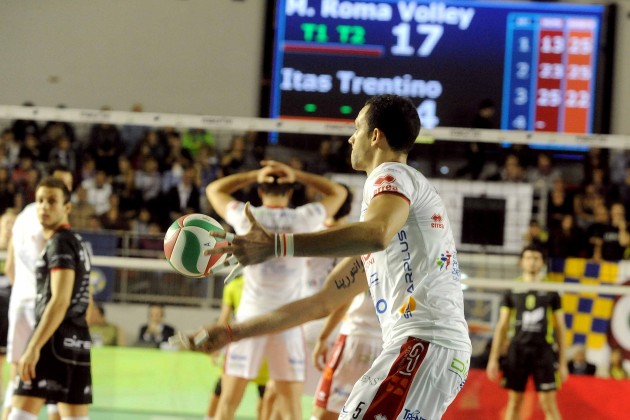 Raphael Vieira De Oliveira (Itas Diatec Trentino): “We’re starting back from scratch, the team is aware there is no margin for errors, the qualification will be played in just a couple of games. We’ll try not to suffer from all the expectation there is on us. I think the way we handle the approach to the first game against San Giustino will be crucial in that sense. Playing our usual volleyball from the word ‘go’ could free us from that pressure. San Giustino plays good volleyball, and they will have the boost of having just saved their lives in the division in the last round. As for the game against Roma, which I hope will be on Monday, this will be another battle until the end, just like the two regular season games. They know how to make it hard for us, but we have a lot of resources so I am preparing this double-header with a lot of confidence”.

Alberto Cisolla (M. Roma Volley): “Trento is definitely the strongest team in the league, the big favorite in this mini-tournament. We’ll have our chance if we can play like in the two games played in the regular season, even if we lost we still made it difficult for them. Meeting them in such a crucial encounter will be different, though. We’d need a miracle to clinch it, give 120% and hope they have a bad day. As for San Giustino, this is a different matter. We have the potential to beat them, but we can’t underestimate them. We have to give everything in these playoffs, for which we had to overcome many difficulties. As for the quarter-final formula, I think that will create a lot of tension and expectations. But that could penalize the four teams that have finished the regular season on top of the pile”.

Andrea Sartoretti (Sport director Energy Resources San Giustino): “This will be a very tough game on Saturday against Trento. They have proved to be above the rest during the whole season and they play home. But we are extremely excited, all the more so as we just managed to stay up. We have no pressure, we’ll just try to play well. Roma is definitely an easier game. Let’s say it will be 50/50. They beat us at home while we won in their arena in the regular season. The game could be tighter compared to Saturday’s, but they have players that can make the difference. We have to be careful not to underestimate them”.