The Italian champs did not get it wrong in their opening game of the playoffs. Trentino did not have much problem to get rid of San Giustino as Birarelli was elected MVP. 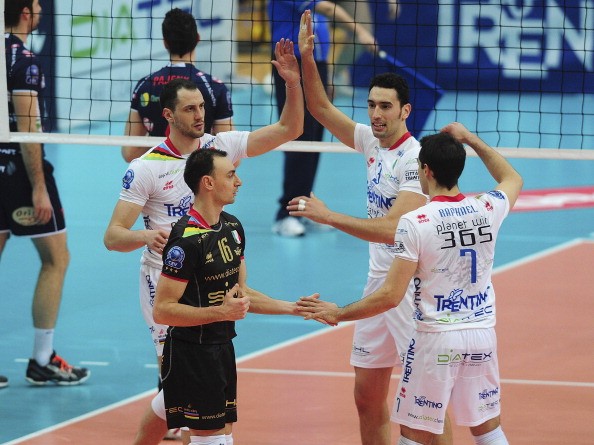 Jan Stokr (Itas Diatec Trentino): “We started off a bit tense and we struggled in the serve and attack. We felt the pressure, that we had to prove something but then we managed to loosen up and make this first step towards the semi-finals. We have to improve a lot but this result is a crucial one”.

Andrea Giovi (Energy Resources San Giustino): “We tried our best, especially in the first set but it’s not easy to play against Trento, they constantly put you under pressure. We knew our chance to win were slim but we could still have done more. Now we’ll try to get a good result against Roma”.