The head coach of Perugia Nikola Grbić had a debut in Serie A1, in Modena. We believe that he wants to forget it as soon as possible. 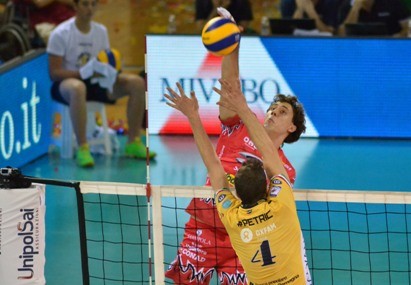 Modena beat Perugia 3-1 although Grbić’s team took the first set. It was a duel of two members of Serbian national team. Uroš Kovačević scored 20 for Modena, while Aleksandar Atanasijević finished with 26 on the other side.

Trentino opened season with an easy victory over Padova, while Ravena defeated Piacenza away. Martin Nemec was the most efficient player in Trentino with 13, while Fillipo Lanza added 13. Ravena was led by Zenata Renan who scored 21.