Marco Gaspari will replace Alessandro Chiappini on the bench of Nordmeccanica Rebecchi Piacenza! 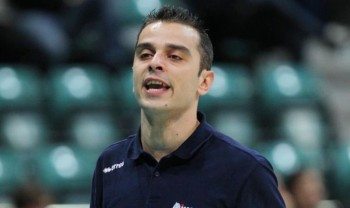 Just a couple of days after parting ways with Alessandro Chiappini, Piacenza has found new head coach. Sportpiacenza.it writes that club has agreed all terms with Marco Gaspari and that two sides will officially sign contract on Friday afternoon.

Gaspari worked last three seasons in Conegliano, with which he reached the finals of Serie A Playoffs in 2013, but lost the final series against none other than Piacenza.

CL M: MVP of the week who else than Juantorena!

Domination of Kimberly Hill – amazing save...