The doctors accused for the death of Vigor Bovolenta, the gold medalist with Italian national team at the 1995 European Championship and at 4 World League Finals, are dismissed from charges due to the lack of evidence. 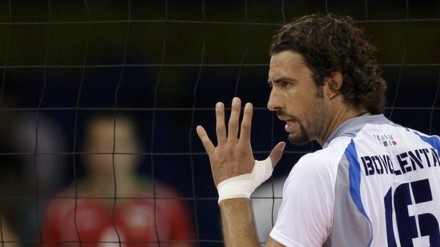 This was decision of the judge of the Court in Forlì on two doctors accused of the sudden death of the middle blocker who passed away on March 24, 2012 from a heart illness while he was playing for Softer Forlì vs. reserve team of Macerata, in the game of Italian Divison 4.

The names of the doctors are Matteo Scarpa and Maurizio Mambelli and the official accusation was – manslaughter. Both doctors had granted the fitness permit to Bovolenta in 2011 and 2012.

The autopsy of Bovolenta (age 37 at time od death) made it clear that his death occurred as a result of a heart failure due to acute thrombosis of coronary artery.

Family members of Bovolenta had already withdrawn their lawsuite as civil parties and had been compensated by insurance.

PHOTO OF THE DAY: Risky defense from Sarah Ammerman

IT’S MINE! Fan makes save during Perugia...