ITA M: Anzani: “Privilege to be at Sora”!

Coach Ricci and GM Alberico Vitullo wanted a mix of promising youngsters and experienced players and that’s exactly how the group is taking shape. Alongside the recent signing of the experienced Antti Siltala, here comes the young middle blocker Simone Anzani. 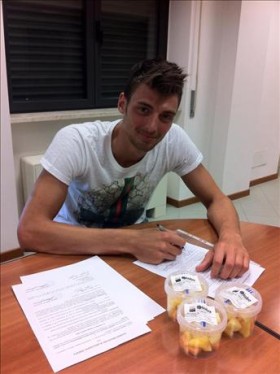 The 20-year old came up in Treviso’s youth academy. In 2009-10, he played for the B2 team of the club, stayed the following season but received his first call-up in the first team as Christmas present. Indeed, he made his debut in the Serie A1 on December 26 2010. The Italian International Juniors played last for Loreto.

“Last season, I have been able to play unfortunately because of the injury of one of my teammate – explained Anzani – Then, credit to me for being able to do a decent job. Hopefully, I will keep improving this season, I really want to get better and help my teammate and coach reach the targets of the club”.

POL: The second victory of the junior Polish team against Finland