The summer keeps going brilliantly for Corigliano, which registered the signing of Leondino Giombini. The latter will make it a special pair “made in Italy” with setter Fabroni. 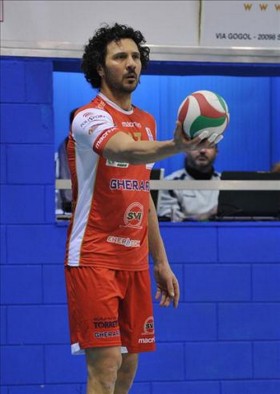 Born in 1975, Giombini had an outstanding career as he will make his 21st season in the Serie A, and 18 of them were played in the A1. League title, European super cup, Italian cup, Champions League and World League are all trophies that appear on his résumé.

“I am thrilled to join Corigliano – said the outside hitter – I have been told a lot of good about the place and the fans. This will be the perfect place for me to train and play. Besides, I know the club is working hard to put together a very competitive team”.