Mauro Berruto, the head coach of Italy, has spoken about his resignation. He issued a statement on his official website, explaining the reasons for his decision. 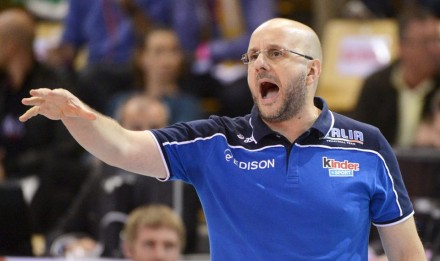 “The atmosphere generated around the team in relation to my disciplinary action against four players before the Final Six of the World League in Rio de Janeiro made me aware that I won’t have a complete confidence in my work that I’ve always had and which is a necessary condition to perform this extraordinary task,” the head coach of Italian national team wrote, among other things.

“I feel sorrow for giving up my on my role as the head coach since all my work has been addressed towards Olympics, which was my goal. I defended the respect for the rules and the national team, the values that I consider fundamental and non-negotiable… The emotional response of the team on my decision (the victory against Serbia and even more, the brave defeat against the world champions, Poland) makes me certain that everything is based on values,” Berruto added.

In the continuation of his note regarding the resignation, Berruto thanked to Italian Volleyball Federation, the coaches in youth categories and expressed sadness that his children had to read bad words about him on the social networks, in recent period.