After beating them in playoff finals in season 2014/2015, Pomi Casalmaggiore managed to steal the trophy versus Novara again! 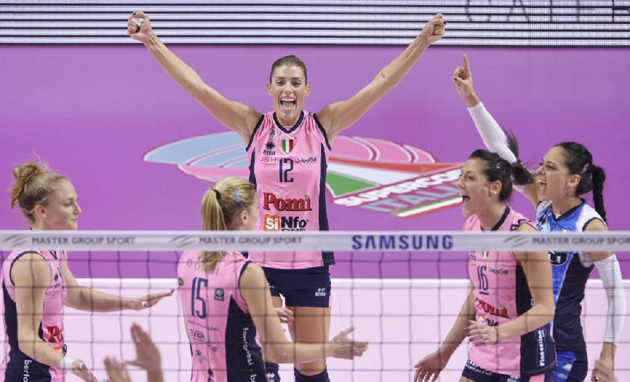 Pomi were trailing after the first set but in another two they managed to turnaround the score. NOVARA were the team who had pressure to win the fourth set and they did it!

In the tie-break, both sides were good but Pomi were more lucky and had more experience. They somehow managed to win this part of the game and to lift the trophy.

Two players were tied in Pomi with 18 points (Maggie Kozuch and Franceska Piccinini), while on the other side Samanta Fabris had 24 points.