PHOTO OF THE DAY: Perugia’s fans look up to supporters of Liverpool FC

The fans of Sir Safety Conad Perugia are well known in Italy by fiery support and devotion to their players. 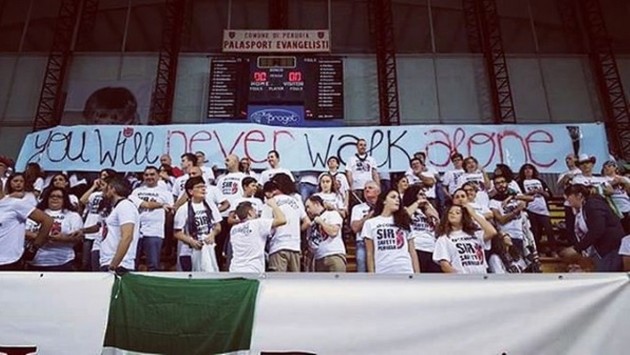 They obviously have huge respect to the supporters of famous English football club Liverpool.

This season, Perugia’s fans proudly show transparent which says: „You will never walk alone“.  As most of the sports lovers around the world know, that’s the catchword originally used by Liverpool FC supporters in their songs, for decades.

In previous week, Perugia achieved two important wins in their „PalaEvangelisti“ hall – one in Italian championship (against Diatec Trentino) and one in CEV Cup (against The Czech VK ČEZ Karlovarsko).