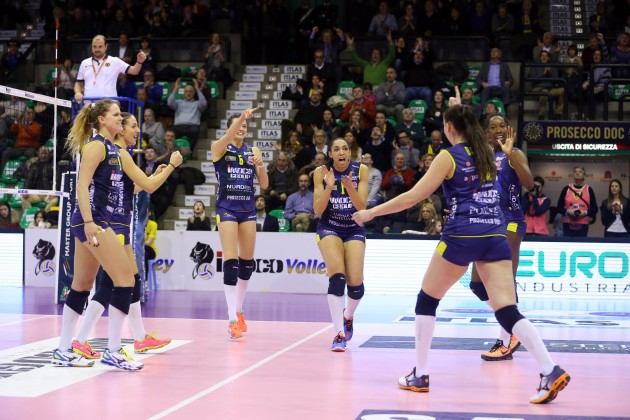 Thus, Conegliano again outplayed title holders, since they were also better in the first part of the season, and with same score. They also achieved the seventh consecutive win in Italian championship.

It was a strange game, with two sets very balanced (the first and the third), and with Conegliano almost dropping 2-0 lead. After domination in the fourth set, fans in „PalaRadi“ gymnasium in Cremona (hosts of the CEV Champions League Final 4) thought the win was within reach. But, the guests were also those that had to be asked about the final outcome.

American Megan Easy topped Conegliano’s scorers with 23. On the other side, Valentina Tirozzi had 19.

As for other matches, one player stood out comparing to everyone else in today’s matches. Berenika Tomsia, the Pole from Metalleghe Sanitars Montichiari, who scored 27 points in win of her team against Obiettivo Risarcimento Vicenza.

POL M: Recovery in progress – Mika might not play quarterfinals of Polish Cup