The champions of Italy, Pomì Casalmaggiore, are out of the playoffs in Italy! 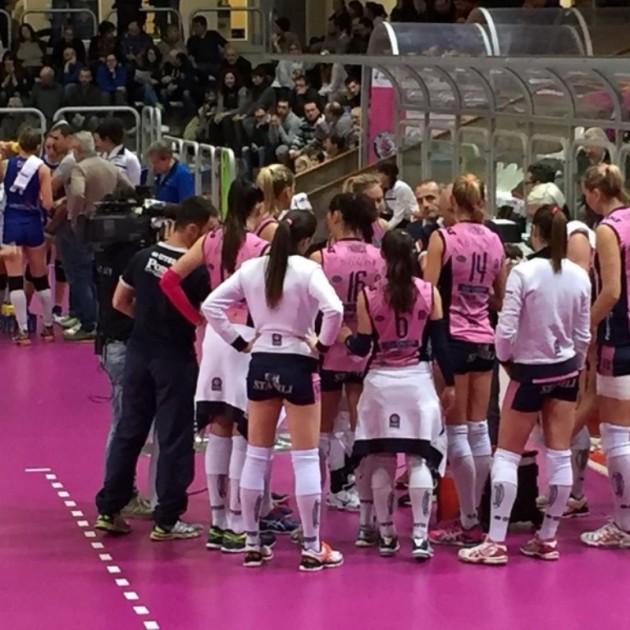 Their elimination from playoff quarterfinals (0-2 in series) might be sensational, but Casalmaggiore did not deserve to advance into semifinals as they looked totally without energy in both games.

Foppapedretti Bergamo showed great volleyball overall, taking advantage of the psychological satisfaction of their opponents after triumph in the CEV Champions League, five days ago.

The Croatian Katarina Barun scored 18 points for the winning team. The German Margareta Kozuch had 13 in the “Pink team”, whose fans rewarded their players with applause after the match. The celebration after taking European crown is still living in the minds of Casalmaggiore’s supporters.

Nordmeccanica Piacenza avoided Casalmaggiore’s faith, tied series against Savino Del Bene Scandicci and will have the chance to qualify for the semifinals throughout decisive third game at home court.