Top 4 stage of the Turskih Championship, which could be easily called Istanbul tournament, started with victories of VakıfBank and Fenerbahçe Grundig! 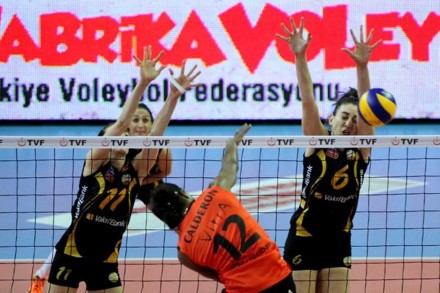 Despite being wounded due to failures at the Final Four of the CEV Champions League, as both teams pointed out running for a trophy before the tournament in Montichiari, ’Vakif’ and ’Fener’ successfully opened final stage of Division 1.

In a great derby, Giovanni Guidetti’s protégés demolished Eczacıbaşı VitrA in straight sets, leaving a defeat in the Champions League finals behind – 3-0 (25-17, 25-22, 25-16). Italian coach left out the Dutch Robin de Kruijf, but even without one of their main attacking forces, ’Vakif’ took win as her compatriot Lonneke Slöetjes dominated with 17 points. American Jordan Larson had 13 in Eczacıbaşı.