Calzedonia Verona failed to qualify to any of European competitions next season. Logically, some changes are necessary in the club. Also, some players want to leave, not waiting for the decision of managerial board of Verona... 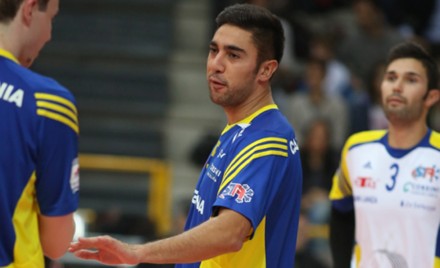 In an interview for „iVOLLEY Magazine“, the President of Verona, Stefano Magrini, revealed that American receiver/outside hitter and one of the best players in Italian Championship, Taylor Sander, will likely leave the team.

„Taylor Sander has informed us that he needs to take a break because he has been constantly playing for six years and this summer he will play the World League and the Olympic Games. There is 90 percent chance that he will depart. He did not yet say his final word, but it seems that these are his intentions,“ head of Verona stated.

He also confirmed the interest of DHL Modena for coach Andrea Giani.

„I have already asked them twice…“, Magrini added.

Giani head coach in Modena would be really great!

And who will be coach of Verona?

Italy: After the Perugia game….Christmas at Reggio...