written by WoV May 24, 2016 source: pallavolomolfetta.it

Young and talented middle blocker will continue career in Molfetta! 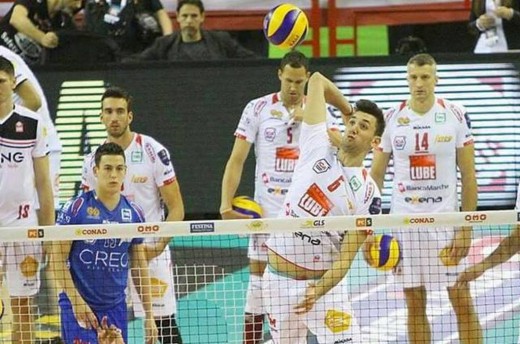 After hiring setter and opposite, Exprivia Molfetta has confirmed the signing of Marco Vitelli, Lube’s middle blocker.

The 20-year old has been consired as one of the best hot prospects of the Italian volleyball.

On February 24th, Vitelli became well known to the volleyball society in Italy after performing on high level against his future team. On that day, the Italian youngster scored 10 points in a jersey of Lube against our team, with 88% in attack! He deserved the MVP award!

“I didn’t expect that game could go that way. I just entered the court and played my game. Perhaps, it helped me the fact that no one didn’t know who am I. It was a little bit surprising, I must admit” says Vitelli.

Watch the video of the game Lube vs. Molfetta!

He worked and took every advice from two experienced middle blockers Podrascanin and Stankovic.

“They taught me how to behave on the court and outside the court as well. Stankovic gave me a lot of advices, from technical and mental point of view. He is a true champion. When we talk about this display against Molfetta, Stankovic called me and told me to play the best I can and to enjoy, not to think about what will happen afterwards” says Vitelli.

ITA M: Marouf in Modena, can you imagine?