FRIENDLIES M: Serbia perfect against Italy, Zaytsev as receiver after a year 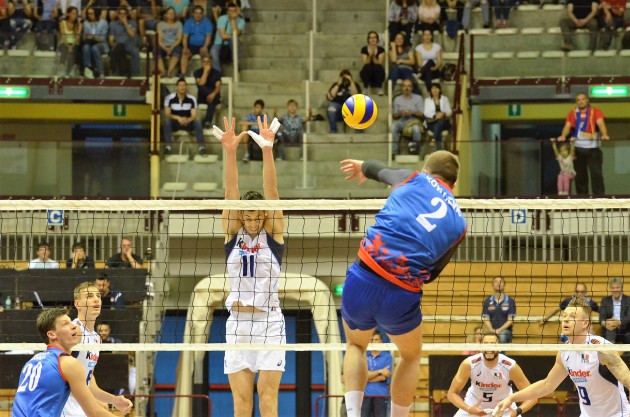 The game served as a test for both teams towards 2016 FIVB World League. Thus, Italy’s coach Gianlorenzo Blengini experimented with a roster and introduced Ivan Zaytsev as a receiver/outside hitter for the first after a year of playing as opposite. Luca Vettori stepped into his position and was the best scorer of his team with 15 points.

On the other side, coach Nikola Grbić also mixed things up a bit and sent Dražen Luburić instead of Aleksandar Atanasijević as opposite. He topped Serbia‘s scorers with 16 points.

The two teams will play again tomorrow, this time in the city of Cividale del Friuli.

RUS M: Berezhko will miss World League 2016 due to injury