WHAT A DISPLAY! Paola Egonu scores 46 to tie record in Italy!

Paola Egonu is in the spotlight after today’s third round in women’s Italian Serie A1! 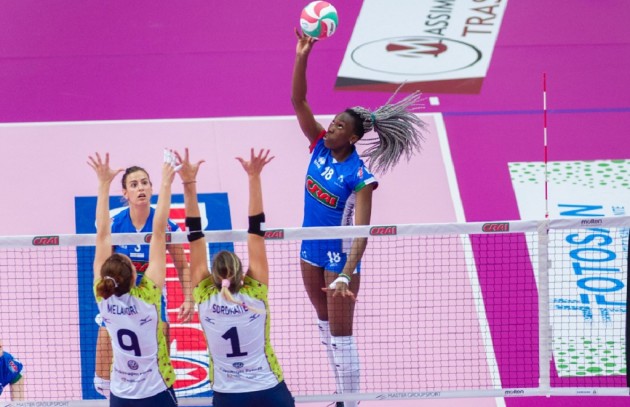 The Italian star has written the history of the Italian volleyball! Egonu has scored 46 points in today’s game against Il Bisonte Firenze to tie the record that was previously set by Mariana Isabel Conte in season 1999/2000 in Serie A2.

This is definitely the top scoring performance ever in Serie A1!

Even though Egonu scored 46 (42 from attack, two aces and two blocks), Il Bisonte have managed to win the game after five sets 3-2.

Bergamo keep the perfect score so far as they beat Novara in four sets. Skowronska had 20 points while Sylla and Popovic added 18 points each.