These are some latest information about team rosters for the upcoming ninth round of the Italian volleyball Serie A1. 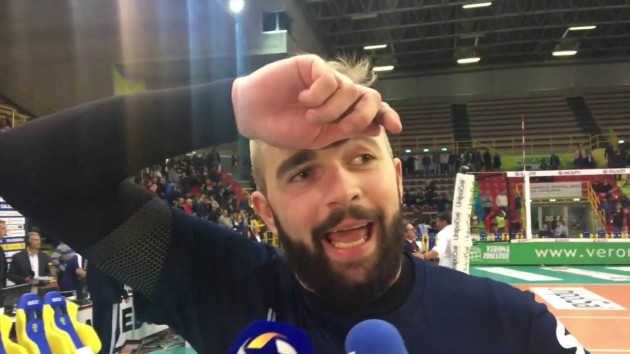 All matches of the ninth round will be played tonight at 20:30 and these are the information you should know before the start of today’s games.

Perugia have to win tonight. All eyes will be on Kovac’s team tonight. We are pretty much sure that president Gino Sirci won’t get over another defeat. So, it’s probably a win or leave situation for Serbian coach Slobodan Kovac. If he wins, he will buy a plenty of time for himself. We are wondering how much time will Aleksandar Atanasijevic get on the court? We expect to see him tonight scoring a double digit.

On the other side, Molfetta will start the match with Thiago as setter, Sabbi opposite, receivers will be Rafael and Oltenanu, middle blockers Di Martino and Polo while at the position of libero will be De Pandis.

Lube Civitanova will face Ravenna. The situation is pretty much clear in Lube, while Ravenna have one big problem – Julien Lyneel. He won’t play in tonight’s game and that is a huge blow for Ravenna.  He will be replaced by Grozdanov. The other receiver will be as usual Van Garderen. Setter Spirito and opposite Torres will be there as well, while Ricci and Bossi are the middles for this game and Goi is a libero.

Derby of the round will be played in Verona. The host will face undefeated team so far, Trentino. The only thing that worries Giani is Uros Kovacevic. He has injured his ankle in Modena and is doubtful for this game. Trentino don’t have any problems with the roster. It’s going to be very interesting to see Mitar Djuric facing his former team.

The reigning champions will face Monza today. In the last game, Earvin Ngapeth scored only three points and we expect much more from him in this game. Maybe, he will skipp this game…

Piacenza are looking for their sixth win in a row. They have prepared usual starting line-up: Hernandez-Hierrezuelo, Tencati-Allure, Marshall-Clevenot, Mania libero.

Milano’s coach is considering an option to put back Sasa Starovic into starting line-up. Also, the captain Giorgio de Toni is doubtful for this game.