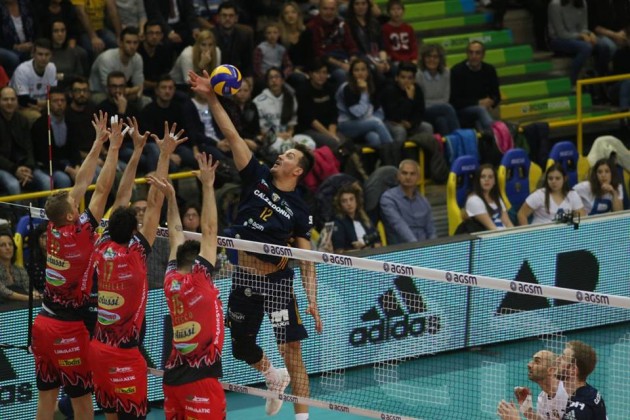 Lube Civitanova continues to look the rest of the league from the top after prevailing Exprivia Molfetta 3-1. Bulgarian Tsvetan Sokolov overwhelmed rivals with strong serves, scoring 6 of 13 aces of his team (20 points in total), while Osmany Juantorena topped Lube with 21.

Thanks to 24 points of an unleashed German Simon Hirsch, Gi Group Monza were so close to epic comeback against Diatec Trentino, but in the end, the Italian powerhouse survived scare and, after dropping 2-0, won by 3-2. Filippo Lanza had 19 points for Trentino. It was a first success of coach Angelo Lorenzetti after he extended the contract with Trentino, whose fans honored him with a banner that said: “For 16 years an opponent, for just a few months loved one: thank you, Angelo”.

Italian champions Azimut Modena, were only the second team after Perugia to beat LPR Piacenza at their gymnasium this season. To be even harder to Piacenza fans, the execution came from their ex-player Luca Vettori, 25 points.