The second chaotic volleyball match occurred in only three days… 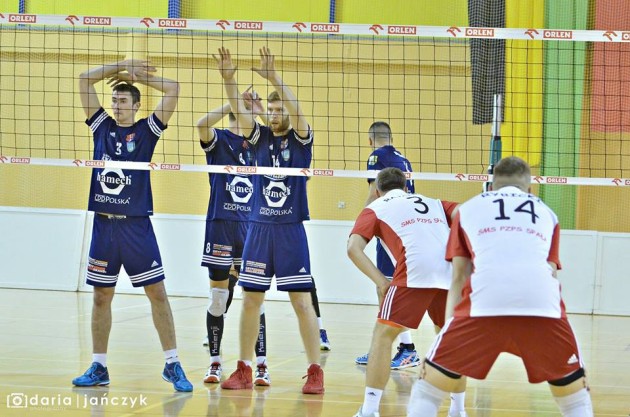 After the fight at Men’s volleyball game in Brazil, another one happened but in Poland. In the Men’s Division 2 encounter (1. Liga) between hosts SMS PZPS I Spała and SKS Hajnówka, the result (3-2 for Spała) was in the background. The outrageous behavior of Spała players, who attacked the guests in the third set, has marked the game. As siatka.org wrote, a Disciplinary Committee of the Polish Volleyball Federation will take care of this matter.

What exactly happened? In the third set, at 1-1 and 20-18 for Hajnówka, Spała player Norbert Huber went to the box for substitutes (moment before that he was replaced for libero) and referred to one of Hajnówka players in an insulting manner. Referees saw it and excluded Spała team captain. But it was only a beginning of a scandalous behavior of home players.

At some point, Jakub Szymański went under the net and hit one of rival players in the face. Referees immediately disqualified him from the match. After a while, the game was interrupted because fans started to move down from the stands, skipping commercial panels and stormed onto the court. The break lasted nearly 10 minutes and was continued only after consultation of referees with the visiting team.

Polish media said that the case is alarming mostly because a lot of Polish Youth National Team players compete on both sides.

WCH M: Third round about to begin...