Imoco Conegliano remained unbeaten for the seventh game in a row in Italian Women’s Volleyball Championship. 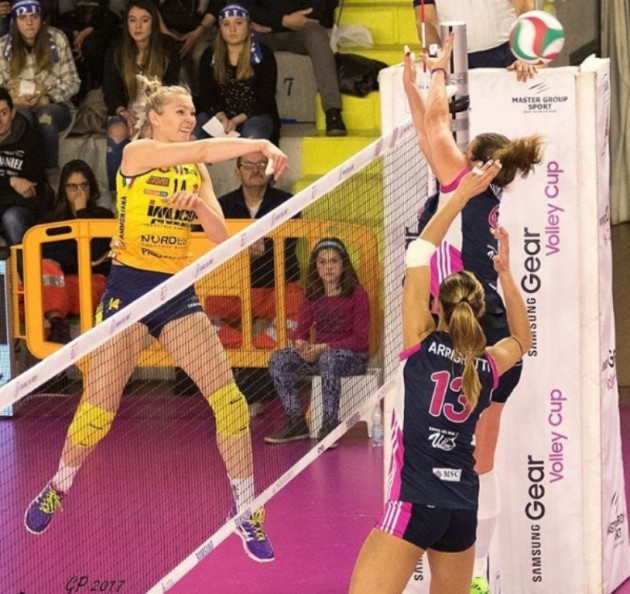 Serie A1 title holders definitely won a jackpot by hiring U.S. international Nicole Fawcett, a few days ago. The game against Savino Scandicci was her second since she was registered for Conegliano but the first in which she played. Fawcett dominated on her debut – 23 points (58% in attack and 67% in reception), pushing her team to a 3-1 win, partially 20-25, 25-22, 25-16, 25-18.

Liu Jo Nordmeccanica Modena lost to Yamamay Busto Arsizio 3-1 to continue playing rather strange season. Newly formed team simply cannot get a grip in the national championship unlike ohter competitions (2-0 in the CEV Champions League and qualified into national Cup Final Four). Modena suffered eighth defeat in 12 matches in Serie A1 to remain eight-placed in the standings. It means, they will struggle to advance to the playoffs, practically, until the last round of Regular Season. Federica Stufi highlighted Busto with 19 points of which five came from the block.

ITA M: De Cecco –“We wanted the win like this”

ITA W: Scandicci without Stysiak in next...