Lube Civitanova are the first finalists of the Italian Cup! 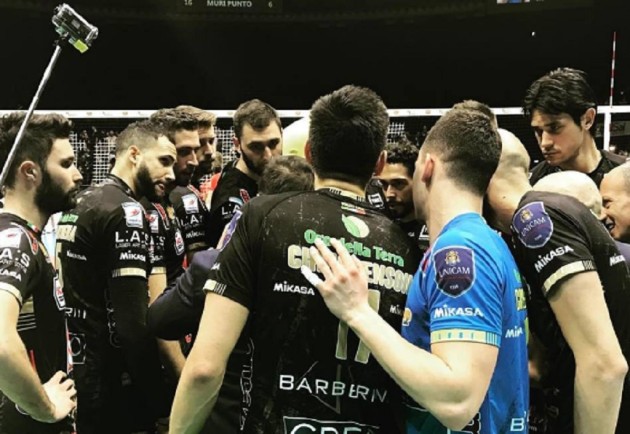 They had a very tough job in the semifinals, as LPR Volley Piacenza were refusing to surrender during the game. Lube opened game like a hurricane, smashing the rival 25-12.

Even though fans in Bologna thought that Lube will continue in the same rythm but it didn’t happen. Piacenza change the way of playing, by completely changing the style of the game and they have managed to tie in sets 1:1.

As in the first set, Lube again showed amazing display in the third set, hammering the rival 25-15. It was not enough, as Piacenza raised again to win the set 26-24 and to tie again 2:2.

In the tie-break, Lube somehow managed to win the game 15:13.

It was a stunning clash between Sokolov and Hernandez. The Bulgarian volleyball star ended game with 32 points, while Cuban player had 31 on the other side.