Match Imoco Volley vs. Liu Jo Modena has justified the epithet of Derby. 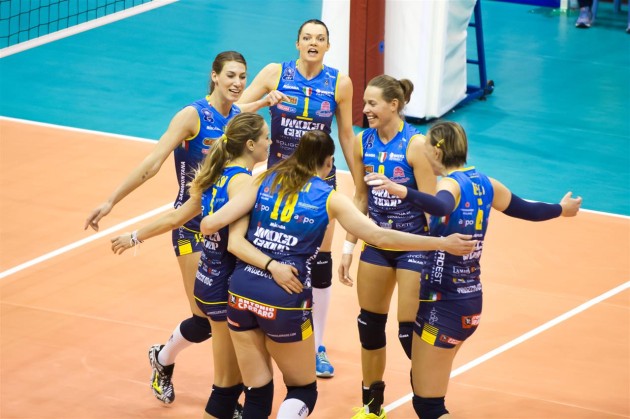 Top scorer of the match was the Serbian opposite Brakocevic who this time scored 35 points – new record in one game in CL 2017.

In this very interesting game we saw plenty good actions and for sure this match was one of the best in this round.

Modena stayed on the first place of Pool A although they have suffered the first defeat in this year’s Champions League while Imoco is on the second place with the same score as Chemik Police. This victory is important for Imoco who will be the organizer of the F4 in Treviso.

CL W: Guidetti – “Nothing is over yet but I am confident that we can reach our goals”

ITA M: Perugia and Trentino all tied before the last round, Ravenna and Vibo Valentia will fight for the Playoffs