ITA W: Serbian opposite will play in Modena

According to Italian media the 23-year-old opposite from Serbia will play for Liu Jo Nordmeccanica Modena in 2017/2018. 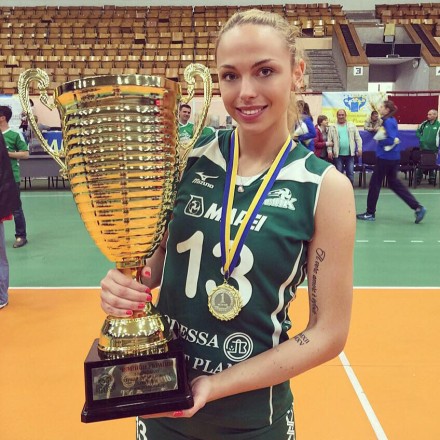 Serbian attacker Mina Tomic will be the third opposite of Modena, after she spent four seasons in Khimik Yuzhny from Ukraine.

For these four years she became the champion four times and also the winner of the four Ukrainian Cups.

In the previous season she was named for the MVP of the play-off.

We will see in the next period is this rumor true since Modena have signed Katarina Barun Šušnjar and Madelaynne Cicedo Montano.

ITA M: Piccinini back in NT for...