The Dutch opposite Nimir Abdel-Aziz tends to be one of the most wanted names when it comes to the upcoming men’s volleyball transfer market. 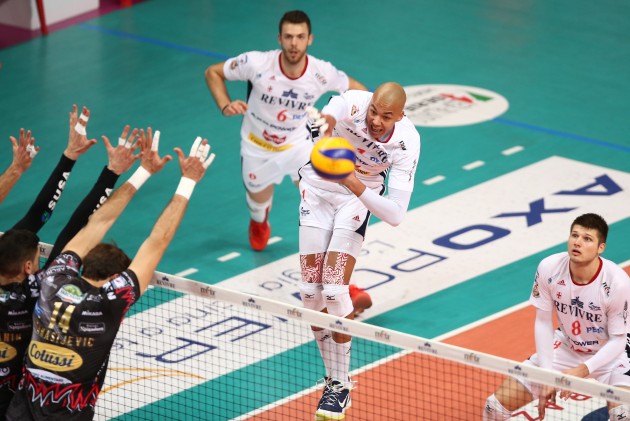 Nimir Abdel–Aziz, who was the best scorer of the 2017/18 Italian men’s volleyball championship SuperLega UnipolSai before suffering injury, will likely stay in Revivre Milano, for the next season as well. At least that’s what club president Lucio Fusaro said.

“Abdel-Aziz? Everything is set. The agreement has been reached and the contract is there. There’s only the signature missing but I hope will arrive shortly, as soon as we manage to meet his attorney… Nimir remains our first goal. Only then, we will act on other fronts with a whole series of considerations, starting with those related to Piano and Galassi which we would strongly like to keep with us,” Fusaro explained to La Prealpina.