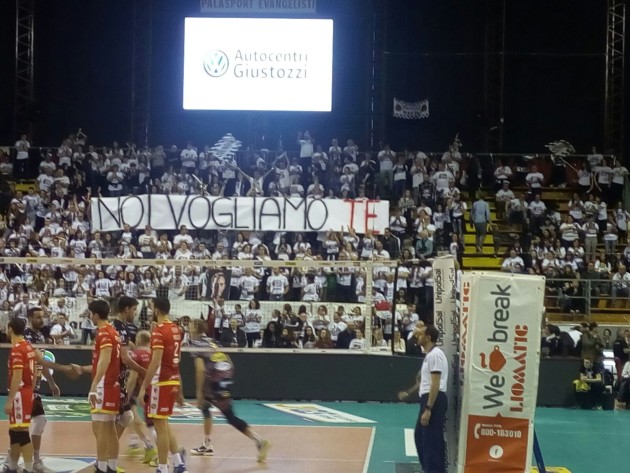 After we published the article in which we revealed Lorenzo Bernardi’s future in Sir Safety Conad Perugia is not certain despite the fact he won two trophies with the team from Umbria region this season already and claimed the top-seed for the playoffs, the fans have spoken.

Perugia supporters spread the banner on the stands before yesterday’s match against Bunge Ravenna with a short but powerful message for the coach „We want you“ (Noi vogliamo te).

We will see if Bernardi will listen to them…