Igor Gorgonzola Novara hired new setter for the next season. 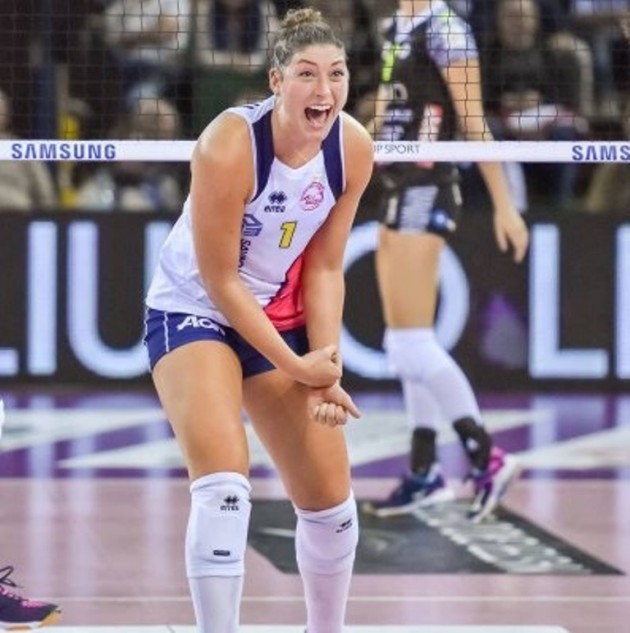 After a season in Savino Del Bene Scandicci, Lauren Carlini moved to Novara, where she will play in the 2018/2019 season.

As a member of the University of Wisconsin–Madison from 2013 to 2016, Carlini was awarded 2014 Big Ten (Big Ten Conference – the oldest Division I collegiate athletic conference in the United States) Player of the Year, 2014 and 2015 AVCA (American Volleyball Coaches Association) First-Team All-American and 2014 and 2015 Big Ten Setter of the Year. She also received a prize for the Best Player of the 2011 FIVB Junior World Championship, in Turkey.

Carlini was a member of the U.S. NT in the 2017 FIVB World Grand Prix.

“I am excited to be able to play for a prestigious team like Novara about whom I have heard exceptional things both for the team, both for the club, the city and the fans. Playing in Italy is a dream come true for me and I feel lucky to be able to continue living this dream with the shirt of Novara. I will have the chance to play the Champions League stage for the first time and I can not wait to face the challenge. I believe that our team can achieve all the goals it sets and I can not wait to fight on the field with my new friends, even in the most prestigious club competition ” said Lauren.

Girls in Italian Serie A1 are ready:...