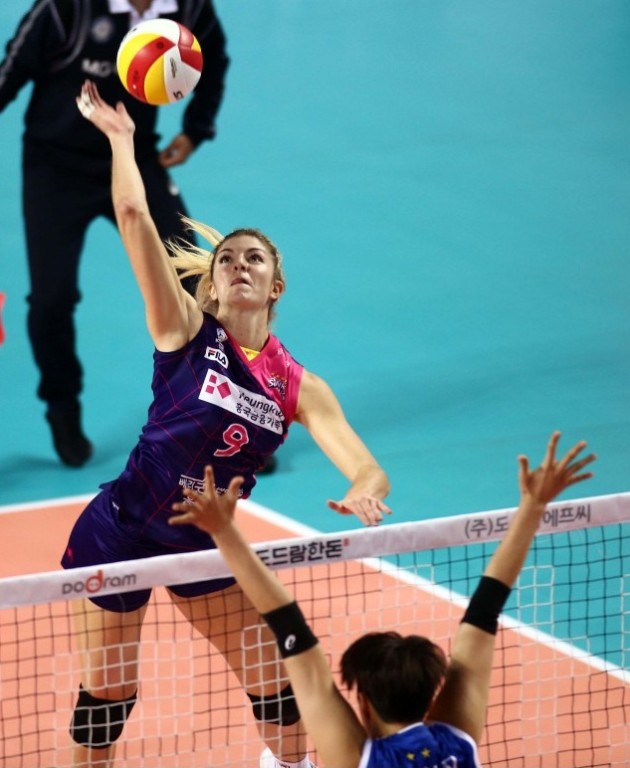 After making 48 points in the season opener against Hwaseong IBK Industrial Bank Altos, the U.S outside hitter Taylor Simpson, who returned to the Pink Spiders after one season, led her team to the first win in two rounds of the V-League with 43 points against Daejeon Korea Ginseng Corporation VC. The Pink Spiders played their second tie-breaker in a row in the Korean Championship. Jeong Si-Young contributed to the triumph with 5 kill blocks. Simpson’s compatriot Alaina Bergsma notched 32 points for KGC.

Suwon Korea Electric Power Corporation Vixtorm broke a two-game winning streak of Uijeongbu KB Insurance Stars that lasted from the beginning of the season to make a premiere victory in the Men’s V-League this season – 3-1. The Brazilian opposite Felipe Banderó topped KEPCO with 24 points, while Yun Bong-Woo added 5 kill blocks. In the KB Stars, the Portuguese international Alexandre Ferreira scored 18 points.

ARG M: Bolívar’s starting setter for 2017/18 gets injured, their former player comes instead