The teams of Cuba and Mexico have held joint practices at the Baja California High Performance Center prior to the Boys’ U19 FIVB World Championship. Rodolfo Sanchez and Eduardo Murguia commented. 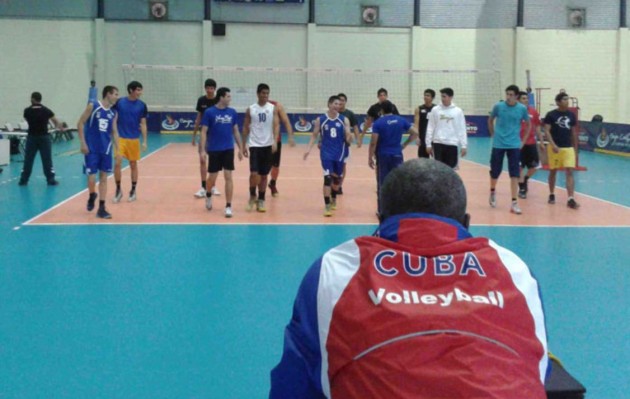 These two teams have played some scrimmage matches as part of the preparation. Along with that, the strength and conditioning sessions have taken place at the Multipurpose Gym.

Cuba will stay in Tijuana until june 24th. The squad coached by Rodolfo Sanchez will depart to Mexicali and will have some previous practices before the beginning of the tournament on the 27th.

“We feel great about this preparation in a state of the art facility, I think this will help us for a good result,” said Rodolfo Sanchez, who coached this generation one year ago when they won the gold medal in the final against Mexico at the Norceca Continental Championship that granted them the ticket to this World Championship.

A year later the team looks more mature. “I think we are getting close to our best shape. Our preparation is set between 90 and 95 percent”, He added.

For Mexico’s assitant coach, Eduardo Murguia, facing Cuba in some scrimmage matches and joint practices has been very helpful. “When you find such a team with high class and level, it is very important, it helps you a lot, you learn a lot and grow a lot,” He remarked.

Cuba will compete in Pool B along with Argentina (that arrived on wednesday), Japan, Chile and Turkey.

WCHJ W: Japan get their first win at the U20 World Championship beating Thailand