Russia demolished France in straight sets to claim their second victory in as many days in Pool C of the FIVB Boys’ U19 World Championship at the Baja California High Performance Center on Saturday. Victor Poletaev, Dmitry Volkov, Maxim Belogortcev, Alexander Goncharov, Jean Patry and Aaron Koubi were the top scorers. 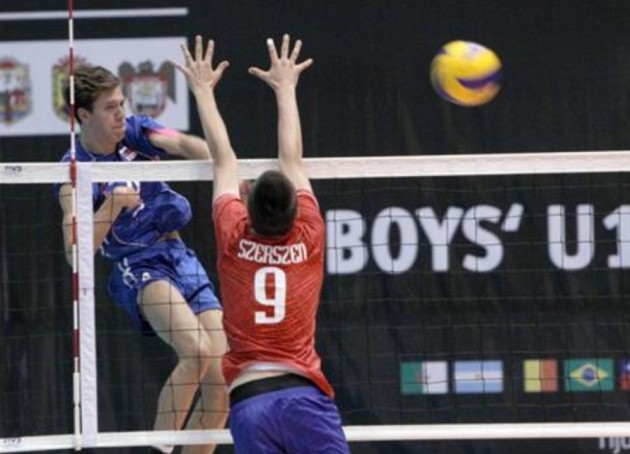 The Russians played text book volleyball from start to finish and did not allow the opponent to develop any strategy to stop them. They served furiously, showed solid blocking and displayed their arsenal of power in the attacks.

Victor Poletaev and Dmitry Volkov led the balanced offense of Russia with 12 and 10 points respectively as all the players saw action during the match as it was also the case of France while trying to find formulas to stop the strong opponent. Maxim Belogortcev and Alexander Goncharov added 7 and 6.
.
France’s Jean Patry and Aaron Koubi each finished with six points. The winners dominated 7-0 in blocks and 5-1 in aces.