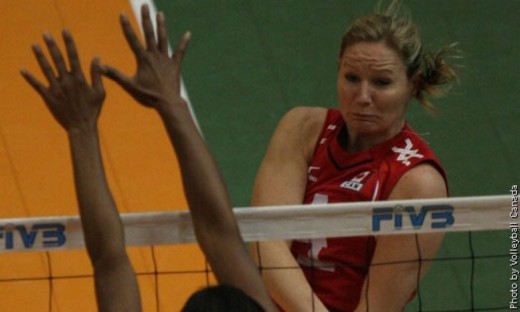 While in high school, Mahon didn’t only excel in volleyball, where she was a provincial champion and all-star but was also a star in track and field. She competed in the high jump and still holds the record in both the junior varsity (1.75m) and varsity girls (1.76m). She won the provincial high jump championship four years in a row.

She also played basketball, winning the “A” girl’s provincials in 1998 and being named MVP. That same year she was also named basketball player of the year.

As her graduation approached in grade 12, she had to make the decision to either focus on the high jump in university, or play university level volleyball or basketball.

She ultimately chose to play volleyball at the University of Manitoba. She contributed to back-to-back CIS Championships for the Bisons.

When she graduated in 2003, she was named the Female Athlete of the Year for all Bisons sports. Mahon was inducted into the Manitoba High School Sports Hall of Fame in 2011. She played professionally in Europe for a number of years, and retired from the national team earlier this year after nine seasons.