The Serbian libero Teodora Pušić will wear the shirt of UVT Agroland Timișoara in the 2018-2019 season. UVT Agroland is preparing for their debut in the CEV Challenge Cup, and as well for a new solid season in the national championship. 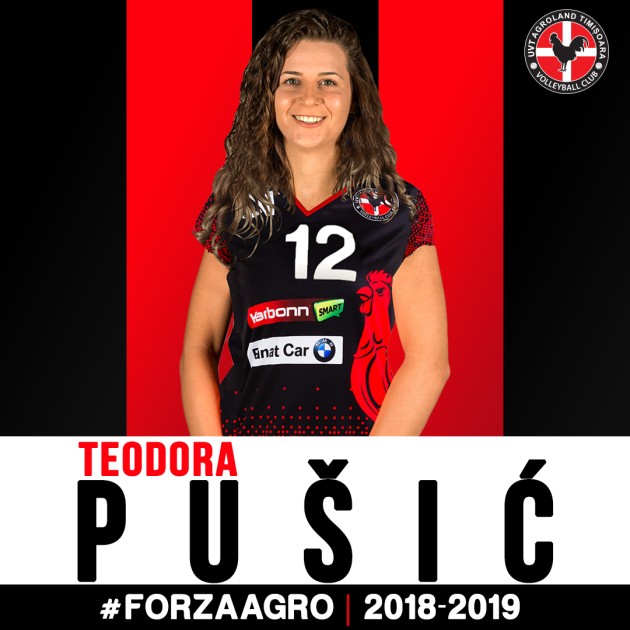 The 25-years-old libero Teodora Pušić – gold medalist at the 2017 CEV European Championship- will join her new team after the 2019 FIVB Volleyball Women’s World Cup. During the last season, Pušić has won the silver medal together with Allianz MTV Stuttgart, in Germany, and reached the semifinals in the CEV Cup.

“I heard that the coach is good, that Agroland Timisoara has really nice conditions for practices. Also, I heard that Timisoara is nice and one of the prettiest city in Romania. So, when you combine these things I think I’ll be happy there. I know that the level of the Romanian championship is high and every year is becoming stronger, which is important for me. I have lots of friends who are and who were playing this league” says Teodora Pušić.

Talented libero is going to start practicing with Agroland Timisoara only after the 2019 FIVB Volleyball Women’s World Cup, where Serbia is chasing for a medal.

“In addition to the Olympic Games, the World Championship is definitely the biggest competition for us. Of course, we’re chasing for one of the medals, and normally gold is my favorite,” says Teodora Pušić