Agroland Timisoara unveiled the last transfer for the 2018/2019 season. 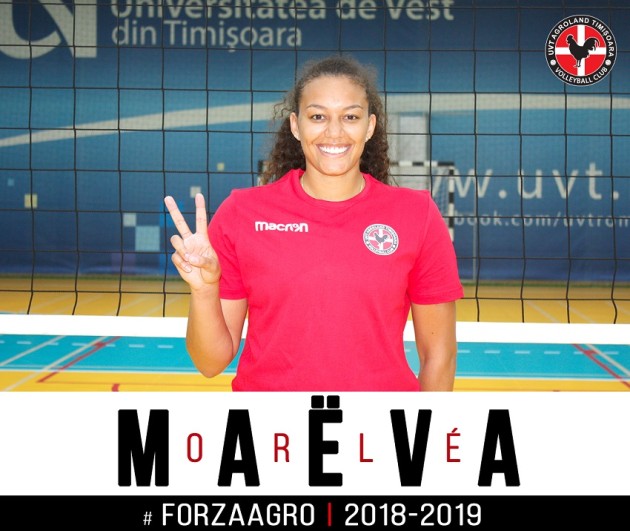 Opposite Maeva Orle arrived this week in Timisoara and is ready for her first season outside France.

The 27-year-old Orlé will wear the shirt of UVT Agroland Timisoara in the next season.

Maëva has won the title in France Ligue A with ASPTT Mulhouse in 2017, as well as the French Cup and French Supercup with Le Cannet, in 2015. Also, she played 40 matches for the French National team. Last season, Orlé played for Stade Français ParisSaint-Cloud.

“I’ve heard many good things about the Romanian championship. And I think for me, being for the first time outside France, it is a really good opportunity. I met my new coach Bogan Paul a few years ago in the European League. I played for France and he was the coach of Romania. We talked about this and I remembered. He is a really good coach and this I think this is great for my career.” said Orlé and added:

“It is a great thing that my new team will play in the CEV Challenge Cup. I’ve missed the European competitions for just one year, so I know this is a good challenge for my first season outside France. I just hope we will have a great season in Europe, and in the Romanian championship also. I hope for a better performance than the last season.”

Maëva Orlé arrived in Timisoara just in time for the international friendly tournament “Cupa Timisoara 2018”, that will take place between September 28 and September 30.