Pishgaman sits in first place after the first half of Iran’s Super League season came to a close after 11 exciting weeks. Paykan, the most prestigious team of Tehran and 11-time champions of the Super League, stood second with 22 points. 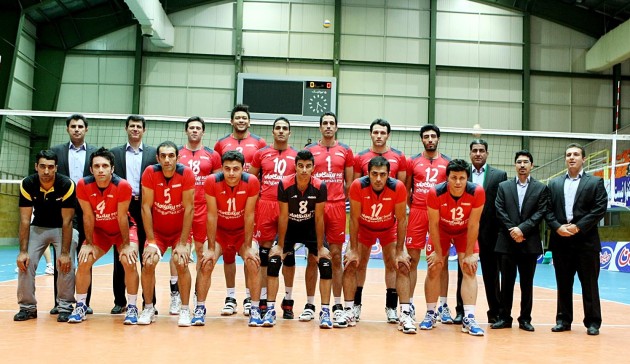 A total of 66 matches have been held in 12 different cities around the country, and Pishgaman recorded 24 points – the first time they have held to the top of the standings. Paykan, the most prestigious team of Tehran and 11-time champions of the Super League, stood second with 22 points. Matin-e-Varamin had 21 points, enough for third in this, their first ever Super League competition.

The massive crowds in many venues show how popular volleyball has become in Iran.

Mohammad Reza Davarzani, president of Iran volleyball federation said: “Having Julio Velasco, one of the world’s most legendary coaches, as the head coach of the national team, and getting support and guidelines from the sport and youth ministry, the FIVB and the AVC are key elements which have helped us reach our present point in volleyball.”

Iran Super League volleyball started 38 years ago. Over time the competition has gradually moved from being an an amateur to a professional league.

DUTCH MEDIA: These coaches should be considered...