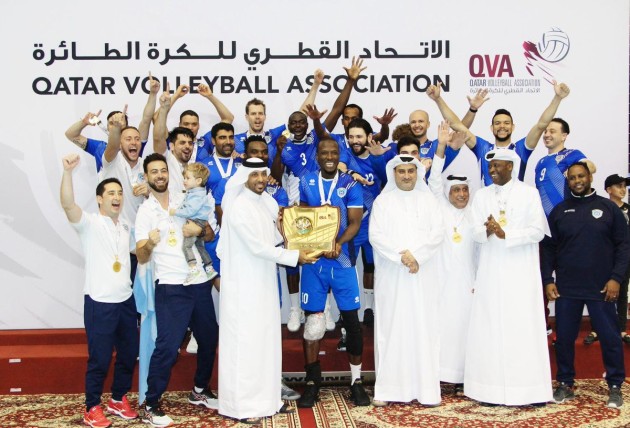 Police SC dethroned Al Rayyan in the Qatari national championship by beating them in the last round of the regular season, which was a direct clash for the title, in straight sets: 3-0 (25-23, 25-23, 25-19). Thus, Police finished the season undefeated with an 18-0 and 53 points, while Al Rayyan suffered two defeats and reached 47 points.

Prior to the match, the competition committee of the Qatar Volleyball Association announced that if the match ends with Al Rayyan’s victory, a decision of the new titleholders will be postponed to the playoff game between these two teams knowing that both would level at 50 points.

By beating Al Rayyan in a decisive game for the national title, Police took revenge on them for losing the Arab Clubs Championship semifinal, a month ago. Al Rayyan then defended the regional title by beating the home side Espérance Sportive de Tunis.

This is the second Qatari championship for Police as they won one in 2016/17.