Noliko MAASEIK recently qualified for the last and deciding act of Belgium’s national cup that is scheduled for February 17 at “Lotto Arena” in Antwerp. Noliko did so by edging Axis Shanks GUIBERTIN. “The national cup is always one of our main goals” says head coach Brecht Van Kerckhove. 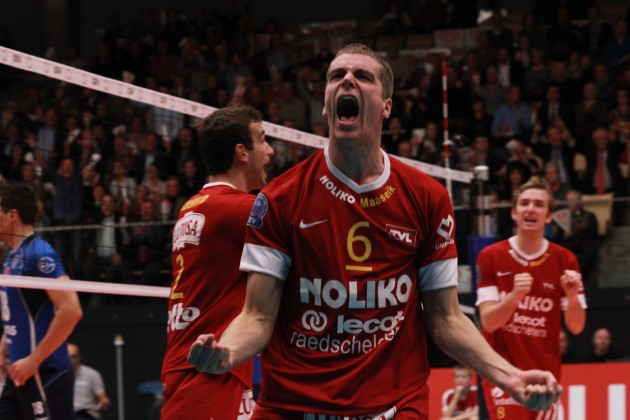 “The national cup is always one of our main goals” says head coach Brecht Van Kerckhove. “The final is one of the highlights of the domestic season and a good way to claim a first success quite early in the year. Additionally, it is always a great pleasure to play in Antwerp with some 5’000 fans in attendance” he stresses. Noliko’s opponent there will be archrival Knack ROESELARE that did need a golden set to cruise past Schelde-Natie Precura ANTWERPEN. Knack had claimed the first match in straight sets but with ANTWERPEN emulating their opponents in the return clash, it was the golden set that eventually determined the second side that will be going for the trophy.