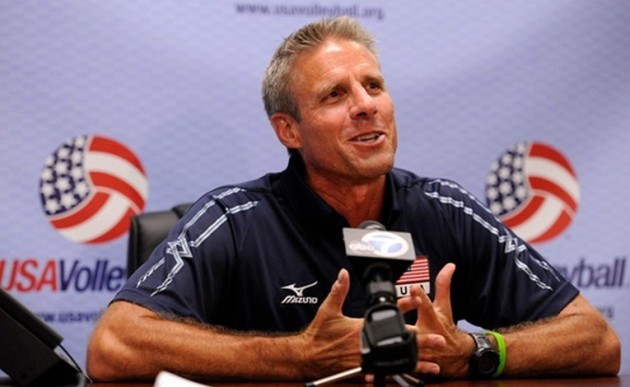 Since 2004, the USA Volleyball High Performance Department has featured the annual HPCC as a way to bring together great coaching minds to network and share the most current, pertinent and critical issues in the sport. Topics vary annually and have covered ideas such as the men’s versus women’s game, sports psychology, uses of technology and drill ideas.

Demonstrators include U.S. National Volleyball Team members and all-Americans. The HPCC has been held at the OTC in Colorado Springs since its inception, giving the clinic an intimate setting for the 180 athletes and coaches in attendance. Sessions are designed to incorporate participant discussion in examining the decision-making process and the on-court execution to help create their own strategies and tactics for given situations.

Kiraly, a legendary volleyball player in the indoor and beach disciplines who turned to coaching as an assistant for the U.S. Women’s National Volleyball Team that earned the silver medal at the recent 2012 Olympic Games, was named the program’s head coach for the next Olympic Games quadrennial culminating at the 2016 Rio De Janeiro Games.

Kiraly joined the coaching staff in 2009 under the direction of former U.S. Men’s and Women’s National Team Coach Hugh McCutcheon, who has assumed the head women’s volleyball coach position at the University of Minnesota. In his first international coaching experience in indoor volleyball, Kiraly helped the program to a 106-39 record over the past Olympic quadrennial. He played a key role in helping the U.S. Olympic Women’s Volleyball Team capture its second consecutive Olympic Games silver medal at the 2012 London Games. The Americans finished with a 7-1 record with only a loss to Brazil in the title match.

As a player, the International Volleyball Federation (FIVB) named Kiraly as the greatest men’s volleyball player of the sport’s first century, citing his performance and courage in leading the U.S. Men’s Team to an unprecedented string of championships including the famed “Triple Crown of Volleyball” consisting of gold medals at the 1984 Olympic Games, the 1985 FIVB World Cup and the 1986 FIVB World Championship. Kiraly also captained the U.S. Men’s Team to their second consecutive gold medal at the 1988 Olympic Games in Seoul. The FIVB also named him “Best Player in the World in 1986 and 1988.

Sealy is in his third season as head coach of the UCLA women’s volleyball team. He led the Bruins to the program’s fourth NCAA Division I Women’s Volleyball championship title and seventh national championship in 2011 in just his second year as a head coach. The Bruins posted a 30-6 record in 2011 and defeated four-time defending champion Penn State, overall No. 1 seed Texas, Florida State and Illinois en route to the championship. For his efforts, Sealy was named the AVCA National Coach of the Year in 2011.