SRB M: Nikola Grbic – “I regret that I won’t be able to be with these boys at the Olympic Games”

A former head coach of the Serbian national team still believes that Atanasijevic & co. will reach the Olympic Games. 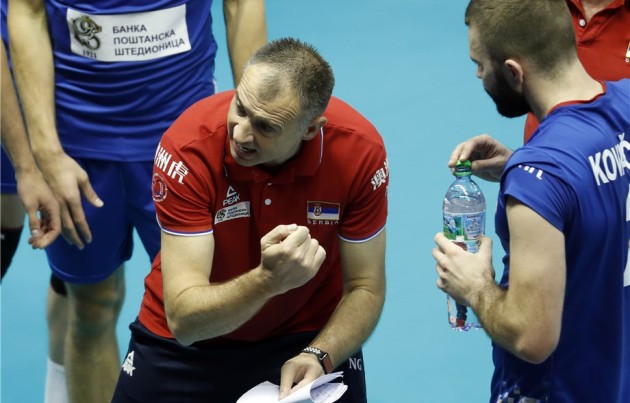 “We sat down and agreed so the things can go better. I regret that I won’t be able to be with these boys at the Olympic Games when they start fighting for the medals. I wish them to find themselves in that situation.”

Nikola Grbic took over the Serbian NT in 2015. He managed to win the silver medal in the World League while a year later he won the first-ever gold in this competition. Afterwards, he won the bronze at the EuroVolley 2017 and ended in the fourth place at the World Championship 2018.

“I am proud of everything that we reached since 2015. In these four years, we won three medals and we ended up in fourth place once. Considering the competition in volleyball nowadays, this is something we should be proud of. I had never won the gold in the World League as a player, but I managed as the head coach. We should not forget the bronze medal at the European Championship, which we opened with a win over Poland in front a fully packed football stadium,” says Nikola Grbic.

Recall that Serbia and Grbic parted ways yesterday. The name of his successor will be revealed these days.