Jamie Morrison is no longer a head coach of the Netherlands Women’s Volleyball National Team. 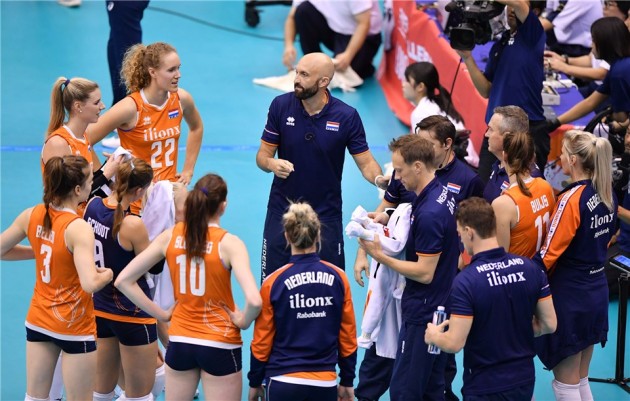 As a result of the evaluation of Morrison, following the 2019 international season, the Dutch Volleyball Association (Nevobo) decided to part ways with an American expert. Nevobo announced it will soon appoint his successor who will lead “Oranje” at the continental Olympic Qualifier in January, the tournament that will be hosted exactly by the Netherlands.

The 38-year-old Morrison was appointed Dutch Women head coach in February 2017, succeeding Italian Giovanni Guidetti. He achieved notable results in the first two years of his mandate. The “Oranje” has qualified for the Final Six of the FIVB World Grand Prix/Nations League twice, won a silver medal at the 2017 CEV European Championships and finished fourth in the 2018 FIVB World Championship, which was the highest ever ranking of the country’s female national at this tournament.

But, as Nevobo stressed, goals that were set for this year were not achieved. First, the Netherlands failed to progress to the 2020 Tokyo Olympics through the International Qualifier, losing to the hosts Italy in a decider, while they have fallen to Turkey in the quarter-finals of EuroVolley. At the World Cup in Japan, that has just finished, the “Oranje” lost six matches and came in eighth out of 12 teams.