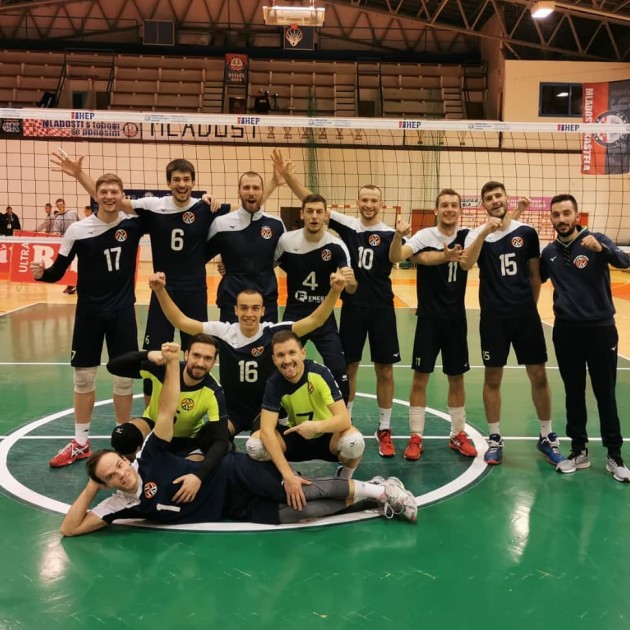 The Mursa volleyball players thus continued their unbeaten run and are going to the winter break as champions of the first part of the Super League with 29 points.

“With the victory in Kaštela, we concluded the first part of the season in the best possible way and took the title of” autumn “champion. Ten victories out of ten games in the championship and two more victories in the cup are an impressive result, but also proof that good volleyball is played in Osijek as well. “- said Mario Teppert, coach of MOK Mursa – Osijek and added: „The weight that this result brings us in the continuation of the championship, but we certainly do not lack the motivation to continue like this and raise the level of our game. We are aware of our advantages and disadvantages compared to other teams, but this result is the result of team play, a great atmosphere both in the team and in the whole club. We used to be in difficult situations during games, but we didn’t sink and there was always someone jumping out and pushing the team. Our self-confidence is huge, our motivation too, and the big plus we got this half-season is that we were cool-headed and concentrated in the most important games, which has not been the case so far. Of course, returnees to our club also contribute to this, with many years of experience playing strong matches. The players are on a well-deserved vacation, we are starting the preparations for the second part of the season very quickly and we hope to continue our winning streak in the new year as well. “

The volleyball players from Osijek took the lead from HAOK Mladost, who remained in second place with 27 points, and the only defeat for the HAOK Mladost was caused by the Mursa team. In the match with Ribola Kaštela, a match that was to be played at the end of November, Osijek won the first position with a good game and they are optimistic about the continuation of the season.

“During the eve of the start of the season, we had high expectations, considering that we put together a respectable team and we justified them by our undefeated league and re-entering the semifinals of the Croatian Cup. With the result and the current situation, I can’t be happier because it’s still about maximum performance, but I still think that the Murse team still has a lot of room for improvement. It is an encouraging fact that the vast majority of guys are from Osijek and the surrounding area, so we can make long-term plans at the club level. To continue the season, we have raised the bar high and I believe we will continue to progress, grow as a team and play unencumbered, even if we slip somewhere along the way. It is also one of my wishes to qualify for one of the European competitions and thus attract more attention and audience. However, I am aware that the current budget of the club can hardly allow us to do that.“

The Super League will continue on January 23 and 24. OK Rovinj vs HAOK Mladost, MOK Rijeka vs OK Zadar, OK Kitro Varaždin vs OK Sisak are the pairs of the next round. OK Split will pause the round, OKM Centrometal will host OK Ribola Kaštela, and MOK Marsonia will play with MOK Mursa-Osijek.

Will Russia lose the organization of 2022 Men’s World Championship?

BRA W: Sesc with all players at disposal first time this season, down Praia in derby