The drawing of lots for the 2013 Asian men’s and women’s Club Volleyball Championships took place under the supervision of the AVC Sport Events Council Chairman, Mr Shanrit Wongprasert at the International Hotel on Friday, February 1, in Beijing, China. The top team of each gender will qualify for the 2013 World Club Championship. Read latest volleyball news on Worldofvolley.com. 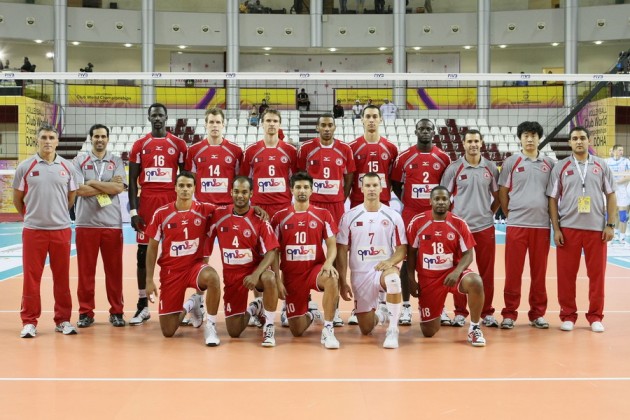 As the national leagues are still on going, the draw was conducted under the names of the AVC members.
Qatar, as defending champion, will meet China and hosts Iran in the men’s club tournament scheduled to be held from April 21 to 29 in Tehran, Iran. China and Iran finished second and third respectively in last edition of the championship held in Shanghai, China.

A total of 14 teams, drawn into four preliminary pools, will take part in the championships. Iran will play against Kuwait, UAE and Chinese Taipei in pool A while defending champion Qatar will meet club teams from Uzbekistan and Iraq in pool B. Pool C consists of China, India and Lebanon, while pool D comprises Kazakhstan, Japan, Oman and the Maldives.

The Women’s Club Championship will be held in Dac Lac of Vietnam from April 24 to May 3, comprising eight teams divided into two pools for the preliminary round. Host Vietnam will meet Thailand, Kazakhstan and Chinese Taipei in pool A. China, Japan, Iran and the People’s Democratic Republic of Korea will play against each other in pool B.

In the 2012 edition, Tianjin Bohai Bank of China, Toray Arrows of Japan and Chang of Thailand finished in the top three spots in the women’s event, while Al-Arabi of Qatar, Shanghai Tang Dynasty of China and Kaleh Mazandaran of Iran won the gold, silver and bronze medals respectively in the men’s tournament.