The AVC Sports Event Council has finally determined the volleyball competition calendar for 2013. The council also put forward a series of important proposals to the AVC’s Board of Administration for approval. Read latest volleyball news on Worldofvolley.com. 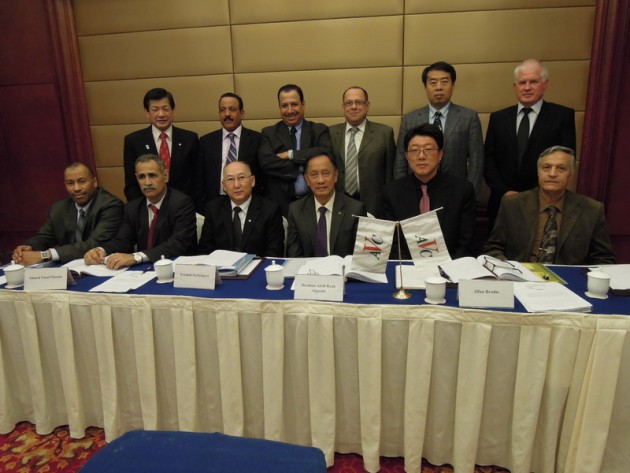 The women’s championship, which also doubles as the qualification tournament for the 2013 World Grand Champion Cup and 2014 World Grand Prix, will see a total of 17 teams, one more than the last edition that was held in Taipei. The participating teams for 2013 as follows: Australia, China, Hong Kong, Iran, Japan, Kazakhstan, Thailand, Chinese Taipei, Vietnam, Indonesia, Mongolia, New Zealand, the Philippines, Sri Lanka, Korea, Myanmar and India.

A total of 14 teams will take part in the men’s club tournament, which will be held from April 21 to 29 in Tehran, Iran. The women’s club championship will be played among eight teams and will be held in Dac Lac of Vietnam from April 24 to May 3.

Sub-zonal qualification tournaments will be held for the women with ten teams qualifying for the final round. The ten teams will be distributed into two pools with the top two teams of each pool securing their ticket to the 2014 World Championship in Italy.

The men’s teams will first compete in a sub-zonal round and 14 teams will qualify for the final round, with the teams being distributed into four pools. The top team from each pool will move ahead to the 2014 World Championship in Poland.

The Sports Events Council proposed that the teams from Australia, Iran, Japan and China take part in the 2013 U-23 World Championship and also recommended the establishment of the AVC Continental ranking starting from 2013 following a recommendation from the FIVB.

The purpose of the ranking is to provide a mathematical method of rating senior men’s and women’s volleyball teams throughout region, which would encourage AVC members to take part in matches with other ranked teams. It is hoped that the ranking will increase the interest in volleyball in the region, while stimulating the continental-wide promotion of the sport.

BRA W: Minas – Praia Clube open this round of Superliga