The Dutch female volleyball star Lonneke Slöetjes made a decision to end her professional career. 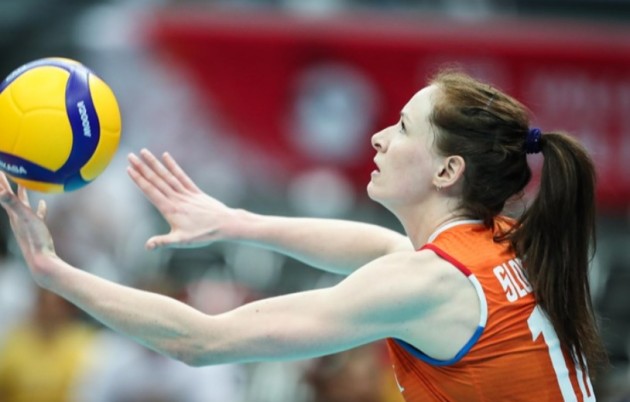 Many volleyball fans in the Netherlands, but also beyond given that she’s beloved across the world, hoped that Slöetjes will return to playing after she announced going into temporary retirement in November. The 302-time international with ‘Volleybal dames’ took a break after the 2019/20 club season which she spent in Italy’s Savino Del Bene Scandicci. Now, a 30-year-old opposite hitter has decided to devote time to her family, boyfriend, and her social life.

“I want to let you all know that I’ve decided not to return to play volleyball again. I’ve had a lot of time to think about my future the past year and I realized that it’s time for me to move on. Of course, I’m emotional because the chapter of such a big part of my life closes but I hope new chapters will bring me energy and joy,” Slöetjes posted on her social networks.

Undoubtedly one of the most prominent players in Dutch women’s volleyball history experienced the best part of her career between 2015 and 2019 when she competed for Turkey’s VakıfBank. With them, Slöetjes won the CEV Champions League and the FIVB Club World Championship twice each, the Turkish league three times, the Turkish cup twice, and the Turkish Super Cup once. She was voted Best Opposite Spiker in the CEV Champions League and Turkish league one time each.

She will be sorely missed… Here’s hoping that she’d change her mind further down the road—but hopefully not that much further!

Re: @RL
me too. although I know she is Happy now without Volleyball, I still hope she will be back at least for WCH 2022, hoping maybe the netherlands staff beg for her to comeback

ECH W: Netherlands in next round, Spain...