The new and revolutionary US Women’s Pro Volleyball League set off. 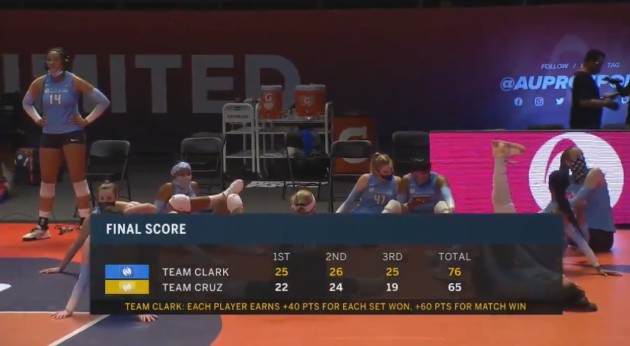 A long-anticipated US Women’s Volleyball League, re-launched after 18 years, set off in Dallas, Texas. The competition under the official name Athletes Unlimited Volleyball (named after the organizer Athletes Unlimited – the US-based network of new professional sports leagues) poses as a revolution in this sport given it focuses on outputs of individual players rather than teams.

As the league Director of Sport, Chris McGown, explained in the recent interview for our website, at the end of the competition, the winner will be a player, not a team. The scoring system that will be applied both for counting points in the match (3 sets are played in total per match) and of players is truly innovative, giving equal chances to players in all positions to end as the league champions. There are no pre-established teams (they will be mixed up every one of 5 weeks of the competition), the top 4 players on the overall leaderboard at the end of each week will become new captains for the upcoming week, and drafts will be held each week in which captains will pick players for the upcoming week.

The 4 captains that were elected for Week 1 according to their leaderboard ranking after 6 pre-season scrimmages were Alison Bastianelli (Team Bastianelli – Orange Team), Lianna Sybeldon (Team Sybeldon – Purple Team), Puerto Rican Áurea Cruz (Team Cruz – Gold Team), and Tiffany Clark (Team Clark – Blue Team). The change of one of these captains has to be made before the start of the league. Bastianelli was unable to perform and was replaced with Canadian Brie King so Team Bastianelli became Team King.

The rookie outside hitter Leah Edmond marked the opening day of Week 1. Her team, Team Clark (Blue), beat Team Cruz (Gold) by 76-65 overall. It was 3-0 (25-22, 26-24, 25-19), which awarded them the maximum of 180 win points. On her professional debut, Edmond (until recently a member of the Kentucky Wildcats in the NCAA), made 14 kills, 3 aces, 6 digs, and 2 blocks, tallying 430 points overall and becoming the leader in the leaderboard. We will count this for you: Edmond collected 190 stat points, then 60 points for being voted as MVP 1, and 180 more points for her team’s win. Ebony Nwanebu and Cassidy Lichtman earned MVP 2 and MVP 3 honors, respectively, which brought them additional points. As for Team Cruz, the libero Kristen Tupac stood out the most, earning 134 points.

ITA M: Modena down Ravenna one more time to schedule a battle vs. Lube