Radostin Stoytchev is Bulgaria′s Best Volleyball Coach of 2012 for a third consecutive year. Tsvetan Sokolov was selected as Best Male Volleyball Player, while Elitsa Vasileva was declared Best Female Volleyball Player of the year in the Southern European country. This and other volleyball news read on Worldofvolley.com. 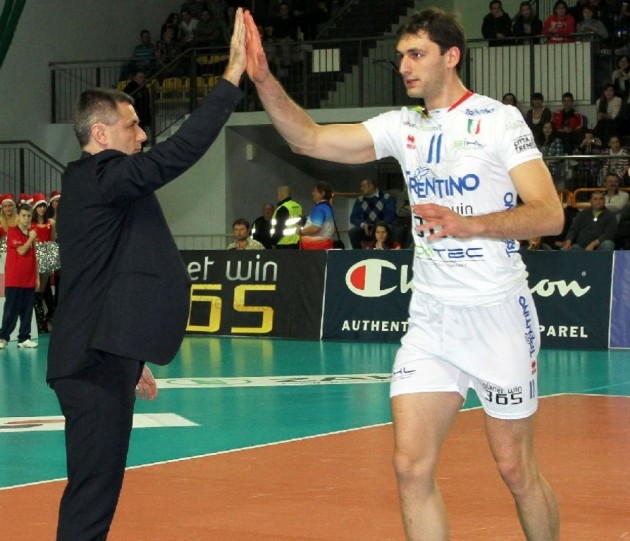 Elitsa Vasileva had a major contribution to what is viewed as a good year for the Bulgarian national team as the Lionesses earned silver from the 2012 CEV Volleyball European League, thus making it to the prestigious FIVB World Grand Prix for the first time ever. Vasileva headed home from the European League Final Round in Karlovy Vary with two individual awards hanging from her belt – for Best Scorer and Best Spiker.  In addition, she won the Italian Super Cup with her former team Norda Foppapedretti BERGAMO in 2012.

Tsevetan Sokolov, also known as Tsetso, the young Bulgarian international and one of the FIVB Heroes, has obviously charmed the Volleyball fans in his country into becoming their new favorite star as they gave him nearly 40% of the vote. Besides his major role in the national team as the Lions earned 4th place in both the London Olympics and the 2012 FIVB Volleyball World League, Sokolov’s part in the world’s most distinguished club TRENTINO Volley from Italy was also highly valued by the country’s Volleyball community which takes national pride in the Bulgarian contribution to TRENTINO’s great domestic and international success. No wonder another TRENTINO player, last year’s poll winner Matey Kaziyski, is now the first runner-up for 2012.

Furthermore, TRENTINO’s mentor Radostin Stoytchev took almost half of the votes to prove that he still has his place in the hearts of Bulgarian Volleyball lovers despite quitting the national team before the Olympics over a row with the national federation.  Besides successfully guiding the Lions through the Olympic qualification process, in 2012 Stoytchev led his club team to a fourth consecutive world title, CEV Volleyball Champions League bronze, Italian national championship silver and two Italian national cups.

In each category was nominated seven people with remarkable achievements in 2012.  3,156 unique votes were cast for Best Coach, 2,971 for Best Female Player and 4,120 for Best Male Player.  The final results shaped up the following ranking:

Some people throw rice at weddings, but...