In a Serbian Cup final match, Crvena Zvezda overcame Radnicki Kragujevac 3:1 and thus claimed the 11th Cup title. The very beginning of the match was highlighted by many excitements and nice plays on both sides. Read the latest news from volleyball world on worldofvolley.com. 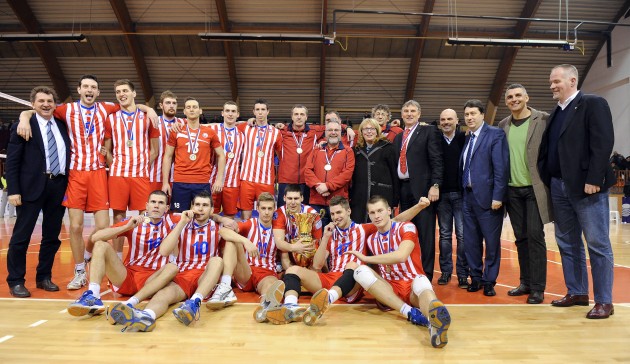 The very beginning of the match was highlighted by many excitements and nice plays on both sides. Teams played aggressively, with many errors in attack. Eventually, Zvezda claimed the first set.

In the second one, Radnicki makes a remarkable come back. Dejan Matic’s selection simply was the stronger rival on the court which led them to 25:18 and taking the second set.

Thrid set brought spectators a real volleyball clash. Crvena Zvezda got out of this battle as a slightly better team and they celebrated with 25:22.

Fourth set was no different than the previous ones – the battle continued and teams got to the score 21:21. Both teams gave their best, and in the end Zvezda prevailed – they claimed the set 27:25, which brought them the whole game – 3:1, and the Cup title.