Three months before the start of the 28th Montreux Volley Masters, the names of the participating teams have been revealed. The darling of the public will be challenged by Japan (FIVB ranked 3rd), Italy (4th), China (5th), Russia (6th), Germany (8th), Dominican Republic (10th) and, for the first time since 1996, Switzerland. 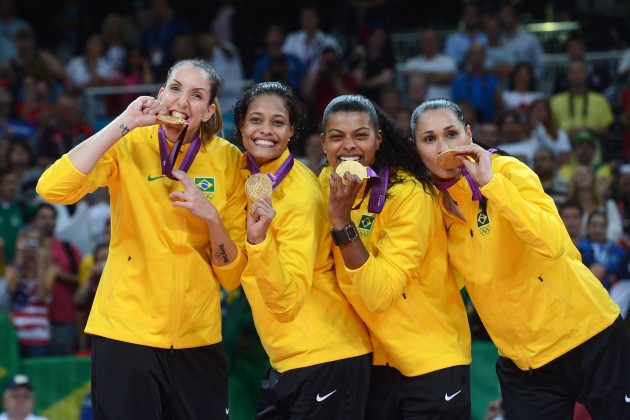 Brazil, whose participation has been secured thanks to the support of the new FIVB President, Dr. Ary Graça Da Silva Filho, is certainly the biggest sensation for the organizers! The South Americans, twice Olympic champions, are probably the most interesting women’s team in the world at this time. The darling of the public will be challenged by Japan (FIVB ranked 3rd), Italy (4th), China (5th), Russia (6th), Germany (8th), Dominican Republic (10th) and, for the first time since 1996, Switzerland.

The young Swiss players have worked very hard over the past two years and deserve a place in this great competition. Three months before hosting one leg of the European Championship (September 6th-11th in Zurich), being confronted by the world’s elite teams will be an interesting test before this top European appointment.

Switzerland won the Montreux tournament back in 1987! Six years later, the team coached by Lorne Sawula entered in the collective memory when reaching the semi-finals after an unbelievable victory against the USSR, which had won the Olympic silver medal in Barcelona! But afterwards, the Swiss team did not prove to be competitive enough, ending 8th in each of their last participations between 1994 and 1996.