After a series of superb performances Tomis CONSTANTA – that debuted this year in the CEV Volleyball Champions League – finished the regular season of Romania’s national league a top of the tables. Read latest volleyball news on Worldofvolley.com. 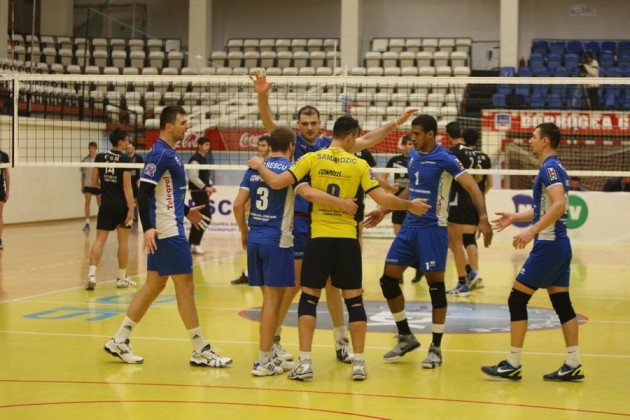 The side from the Black Sea – Romania’s champion in 2007, 2008 and 2009 – scored 10 wins in as many matches losing only five sets along the way and stands out as the clear-cut favorite for a title the club has been hunting for the past three years.

In the last round of action for the regular season, Tomis edged this past Saturday SCMU CRAIOVA in straight sets (25-16, 25-18, and 26-24) and will open its campaign in the Playoffs by playing CSM Agronomia BUCURESTI this coming March 9. At the end of the regular season the players mentored by Bulgarian-born head coach Martin Stoev stood atop of the charts with 52 points, 12 more than CRAIOVA, with defending champions Remat ZALAU rounding off the top three with 38 points. “I do not know if CRAIOVA may be our opponent in the final as I think that Remat is stronger” Stoev says.

The first round of the Playoffs will be played with the formula “best of three”: with Tomis playing that side from Romania’s capital city, SCMU CRAIOVA will test out the likes of VCM LPS PIATRA NEAMT, Remat ZALAU takes on Dinamo BUCURESTI while Unirea DEJ plays Stiinta Explorari BAIA MARE. The first match is scheduled for Saturday, March 9, to be followed by a second game on March 13 while the eventual third fixture is slated for March 17.