NORCECA W: U-20 Pan Am Cup in Havana next Monday

The Women’s U-20 Pan American Cup, where one last ticket to the FIVB Junior World Championship is available, will take place at Ciudad Deportiva Coliseum from March 18 to 23. Four teams already qualified to the world event in Czech Republic next June –Colombia, Peru, Dominican Republic and Mexico are in Pool A. 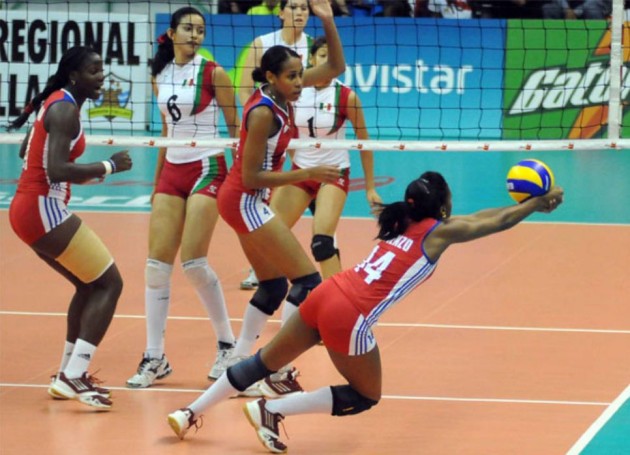 Cuba (pictured), Puerto Rico, Chile and Costa Rica will battle for one ticket to the FIVB U-20 World Championship in Czech Republic

Four teams already qualified to the world event in Czech Republic next June –Colombia, Peru, Dominican Republic and Mexico– are grouped in Pool A while the non-qualified Chile, Costa Rica, Puerto Rico and hosts Cuba compose Pool B.

The top team after the preliminary round in Pool B will be granted the ticket to the world championship, following a decision of the Volleyball Pan American Union.

The organizing committee of the tournament is presided over by Eugenio George Laffita, president of the Cuban National Federation, assisted by Ariel Sainz, recently appointed as volleyball national commissioner.

The members of the control committee are expected in Havana next Friday with teams and referees arriving one day later.

The first edition of the U-20 Pan American Cup was held in Lima, Peru in 2011 with Peru, Dominican Republic and Cuba finishing on the podium in that same order. Mexico, Venezuela, Costa Rica and El Salvador were the others participants.

The schedule for the preliminary round is the following:

Volley, set in a precarious balance