SRB W: Zvezda one step away from final

Crvena Zvezda is one step away from the final of the Wiener Städtische league after wining Jedinstvo for the second time. Find all relevant news from volleyball world on worldofvolley.com. 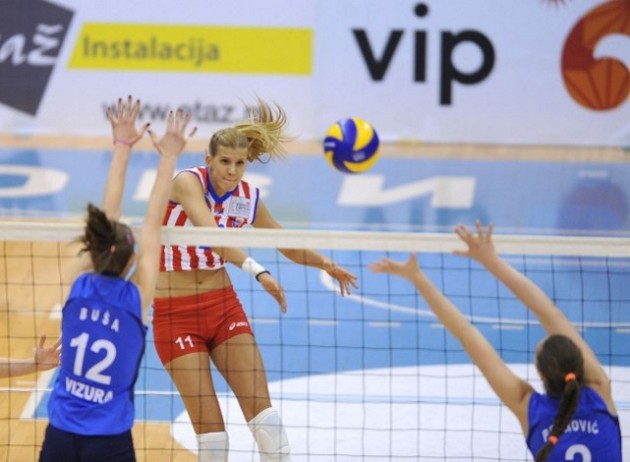 Zvezda’s players played with more devotion and discipline than in the firsl duel, and Jedinstvo couldn’t cope with such rival. The only time Jedinstvo had its game was in the third set, after Zvezda got slightly relaxed.

The match was more interesting and of greater quality then the first one since both teams cut down on the number of errors.

From the very start of the match Zvezda played strong without many problems got to a 16:11 lead.

After Trivunic’s two aces, followed by great Petric’s attacks, Jednistvo leveled the score to 20:20. Then Bjelica started attacking from the second line and got her team the first set – 25:21.

Coach Saša Nedeljković replaced Kristina Češljar with Sekulic who played till the end of the game. Zvezda had the great wall during thhis period of the game and soon the set was over, with 25:12.

FRA M: Rougeyron – We can make it through this round